Tenzor Cup Junior : Young yachtsmen gave a bright start to the sailing week of the third stage of the Tenzor International Cup 2022 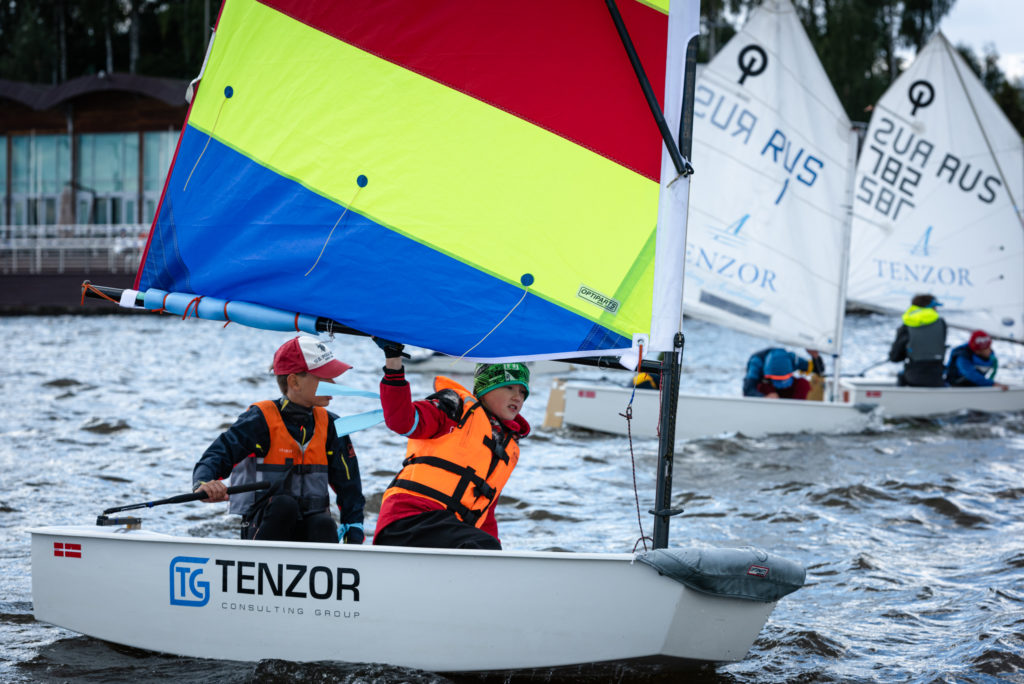 The event was attended by 23 young athletes from the sailing schools “Green Cape”, “Wind Power”, “Khlebnikovo” and “Tenzor Sailing Academy”. The participants were accompanied by their experienced coaches. 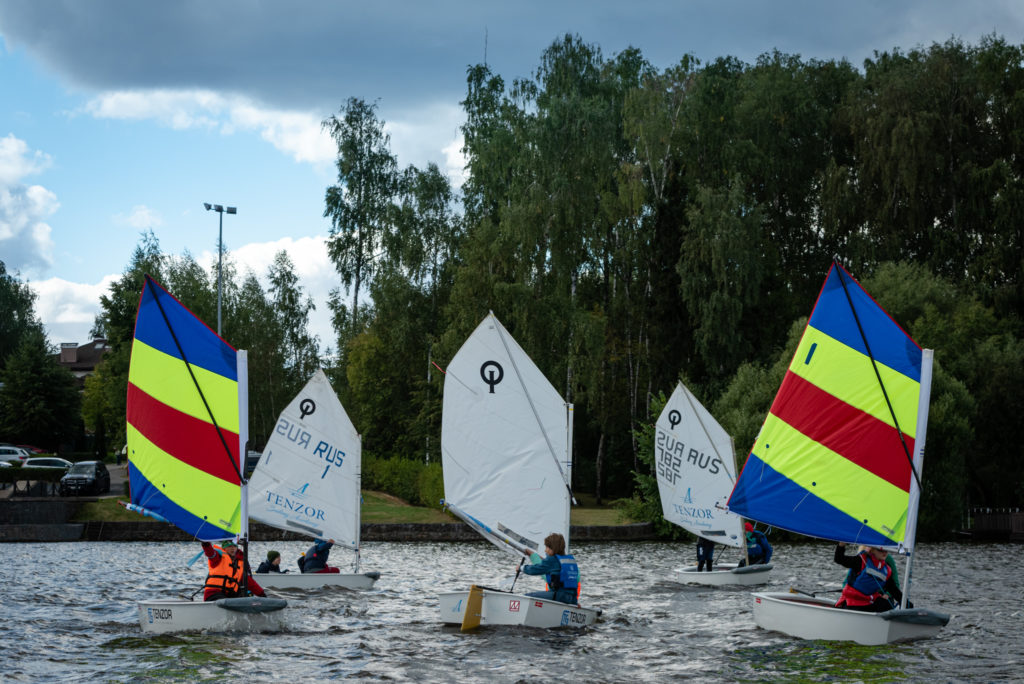 The sports program was opened by relay races on the water. Divided into 5 teams, the guys showed their skills of sailing on the “Winner Optimist” boats. They had to act smoothly – there were 2 or 3 people on board, so coordination and team interaction came to the fore, especially since the fresh wind in the waters of the Pestovsky reservoir allowed us to hold five races. 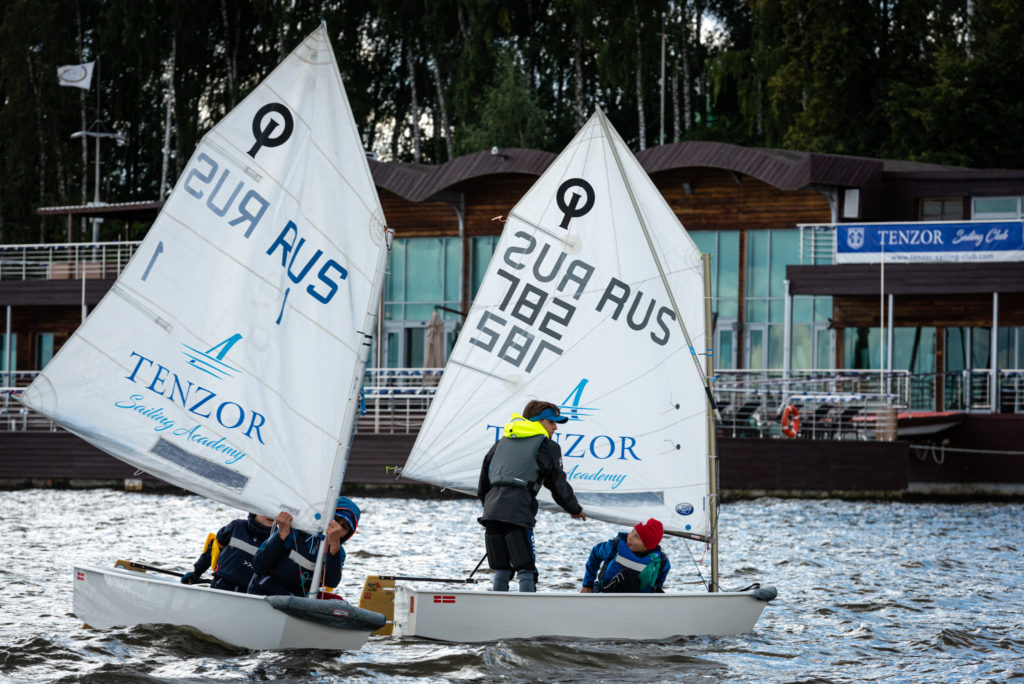 Maria Frolova (Head of Tenzor Cup Junior): “At the second stage of the Tenzor Cup Junior competition, 5 teams gathered again. A new team “Wind Power” was added, also among the participants were the leaders of the first stage – the team “Green Cape”, the team “Tenzor” together with “Khlebnikovo” and two teams from the Academy “Khlebnikovo”. This time the water program was held without supboards, as it is already cool. All participants passed team tests on the Optimists. A total of 5 races were held during the day. The wind was strong, and according to the results of the water relay races, we had a  leader – the Green Cape team. From 2nd to 5th place, the teams were constantly changing, there was a real struggle, the finishes were held with a difference of 10-15 cm… The children fought to the last. The format of the competition, where we have two people inside the Optimist, allows children to learn how to communicate with each other and negotiate, coordinate actions, since one holds the steering wheel, the second holds the boom, and in order to move in a certain direction, speed up or slow down, it is necessary to clearly interact within the team. Such competitions prepare young yachtsmen for races on large boats with large crews, where everyone does their job. According to the results, the winner was first identified on the water, then the relay races took place on the shore, where there was a leader, and already by the sum of the results, the prize-winners and winners were identified. A lot of parents and friends came to cheer and support, which is very important for children.”

The program on land was no less intense and exciting. What was the test of tying the “eights” behind your back? Other relay races with funny names “tunnel”, “jumpers”, “ball transfer”, “shake the neck”, etc. passed fervently and cheerfully.

A team creative competition for the assembly of a model on a sailing theme: a ship, a sailboat, a lighthouse was held with the active participation of coaches and parents. 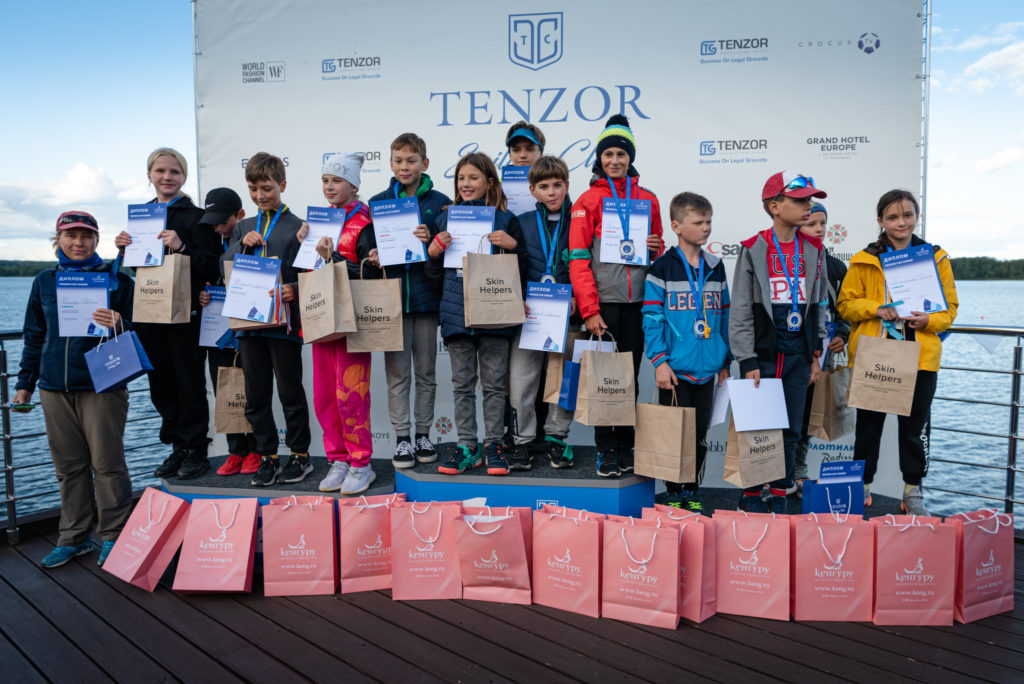 All participants of the Tenzor Cup Junior received valuable gifts from the project partners – the Kangaroo salons and the Skin Helpers brand, as well as prizes from the Tenzor Sailing Club based on the results of a win-win lottery. 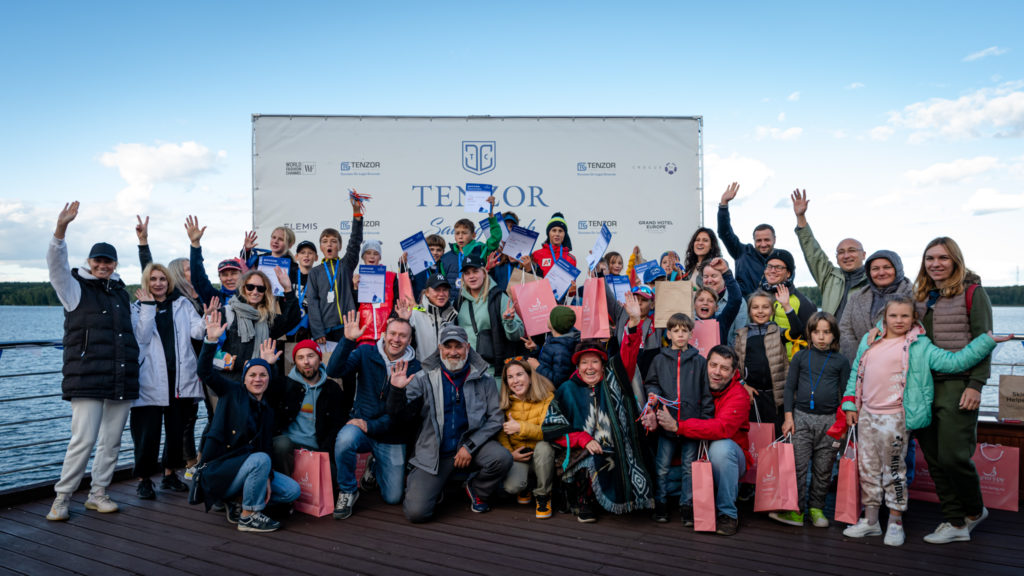 From September 8 to 11, the relay of sailing competitions will be picked up by adult yachtsmen – participants of the third stage of the All-Russian series of sailing regattas “Tenzor International Cup 2022”.