Tenzor Sport took the “gold” of the stage, “Russian Bogatyrs” won in the overall standings of the Russian stages of the Tenzor International Cup 2022 Series 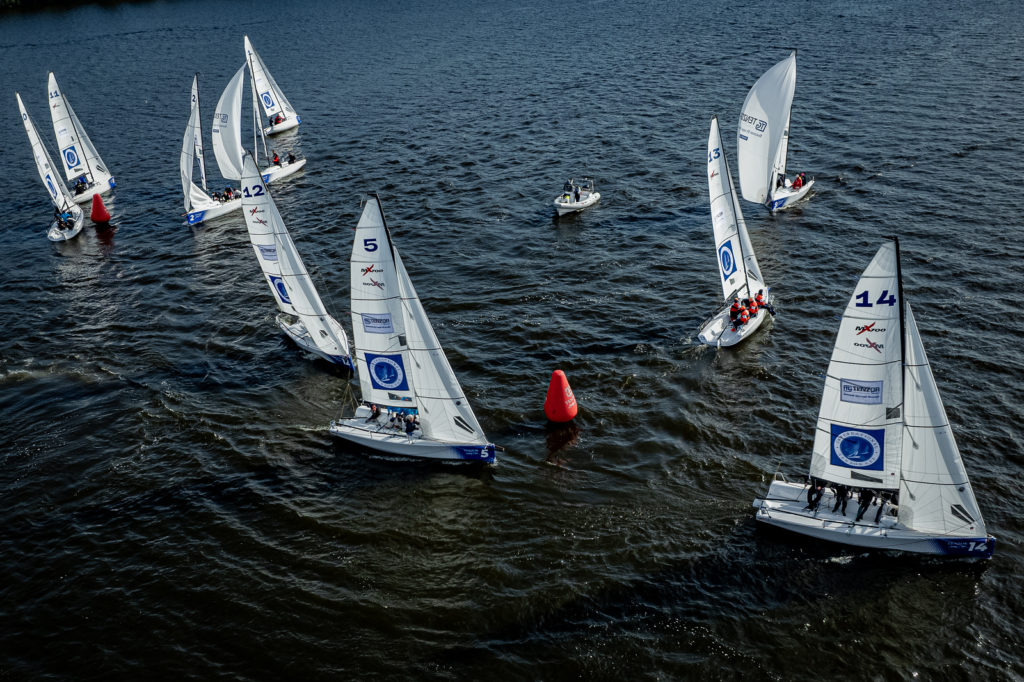 Incredible in the intensity of the struggle, the third stage of the Tenzor International Cup 2022 Series ended on September 11 at the Tenzor Sailing Club yacht club on the Pestovsky reservoir.

The competition was held with the support of the All–Russian Sailing Federation and the title partner of the regatta – the financial and legal group of companies Tenzor Consulting Group.

During the three racing days of the sports program, 19 races were held, full of drive and adrenaline. The twenty strongest sailing teams clashed in earnest – not only the medals of the third stage were at stake, but also a solid prize fund for the three finalists following the results of the three Russian stages of the tournament. 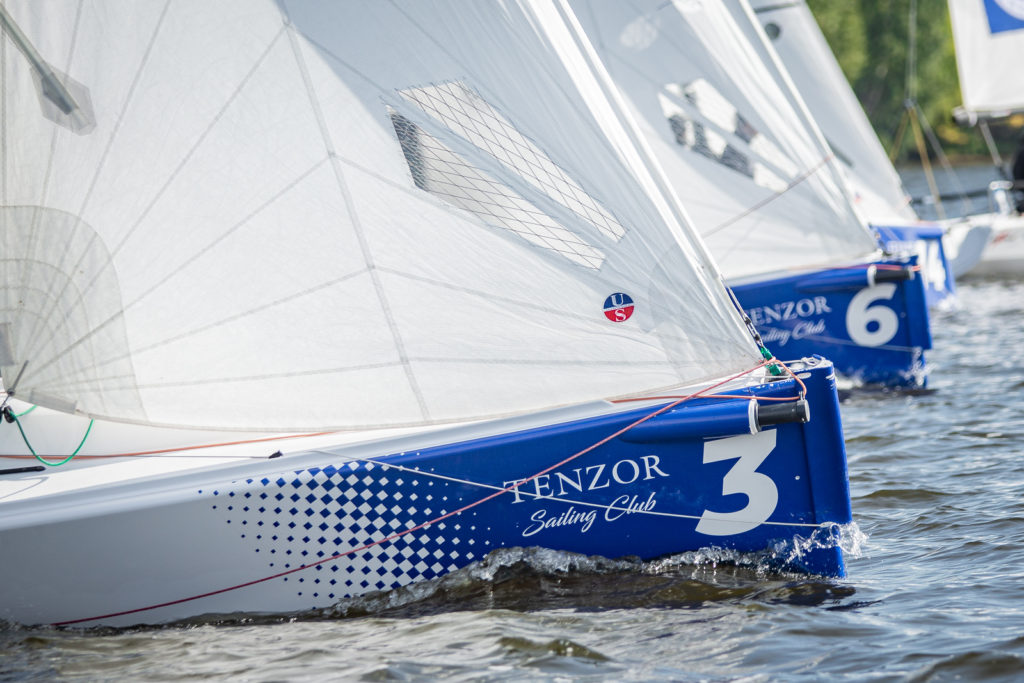 The standings were getting tighter, the teams were changing positions, and before the final race it was unclear who would win this important stage of the regatta.

The leader of the first two stages – the Tenzor Sport team of Daniil Odintsov after one unsuccessful arrival began to lose the margin on points, which was immediately taken advantage of by the rivals: the Russian Bogatyrs team of Igor Rytov issued the first three arrivals and entered the intermediate leaders with an advantage of 5 points. The fate of the “gold medals” was decided in the final race of the day. It was enough for the “Heroes” to come in the top five, but a false start threw the crew behind the top ten in this race. 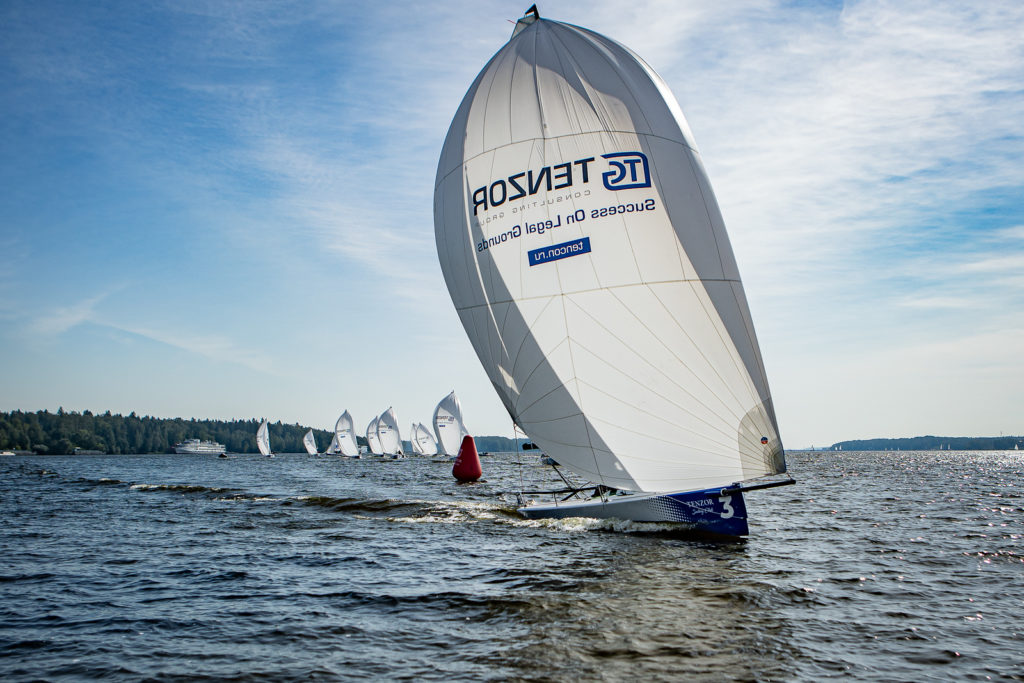 As a result, the victory was celebrated by Daniil Odintsov’s Tenzor Sport, and the team of “Russian Bogatyrs” took the honorable second place.

Daniil Odintsov, Tenzor Sport team: “We went sailing well throughout the day, one race did not work out for us at all: we did not get into most of the approaches, found ourselves in bad positions, our rivals blocked the wind and sent us in an unfavorable direction. As a result – 11th arrival. And the opponents, the Russian Bogatyrs team, on the contrary, raced perfectly, and quickly caught up with us on points. We raced with them in the same races, imposed a struggle, but experience and luck allowed them to get ahead. We were nervous; we watched the results when they were racing. As for the overall standings, it is worth a lot to rise from fourth to second place, and I think that the “Bogatyrs” deservedly won, because they obviously went stronger than us in the season. We really missed only our helmswoman Milena Nikitina here, we miss her and wish her recovery.”

Igor Rytov, Russian Bogatyrs team: “The final day was great with a good wind. Everyone went well, and we were lucky in general, only our false start spoiled the impressions of the day. We are second at the stage, and this is a good result, as the first place was deservedly won by Tenzor Sport – a strong crew, where Danila Odintsov was at the helm. Congratulations to them on their victory, it is absolutely deserved. We could have fought them, but we got a little nervous in the last race, and therefore we couldn’t win back the victory. Wind conditions were better for them, as they are lighter. But in general, everything is fine, and we are glad that we won in the overall standings. We will definitely go to the Grand Final in Baku, we will prepare, and we will be happy to take part there.” 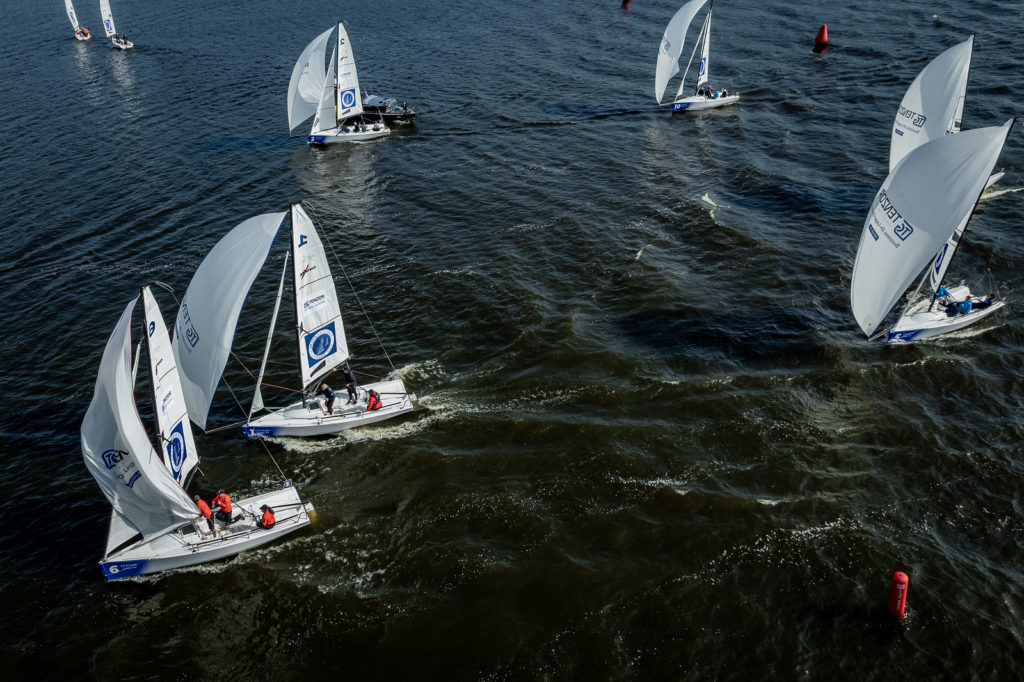 The fight for the third place turned out to be very fierce – at least five teams claimed the bronze medals.

The first three arrivals, team concentration and verified tactics led the ELF/Hubex team to the podium.

Sergey Sobolev, ELF/Hubex team: “The first and second places were taken by strong teams with whom we are not ready to compete yet. And in such a competition, the third place is very honorable and a great joy for me. Finish the regatta with the first two arrivals, and even win literally 1.5 meters at the finish of one of these races due to a successful maneuver. Everything was very dynamic, the wind was changing, it was weaker, then stronger, and it was interesting to sail.”

Konstantin Nosov’s NORD team had a great regatta, taking fourth place, one step away from the podium.

A brilliant leap from eighth to fifth place in the classification was made by the team led by Elena Mukhametzyanova (Skolkovo Sailing Team), who became the best helmswoman of the stage. 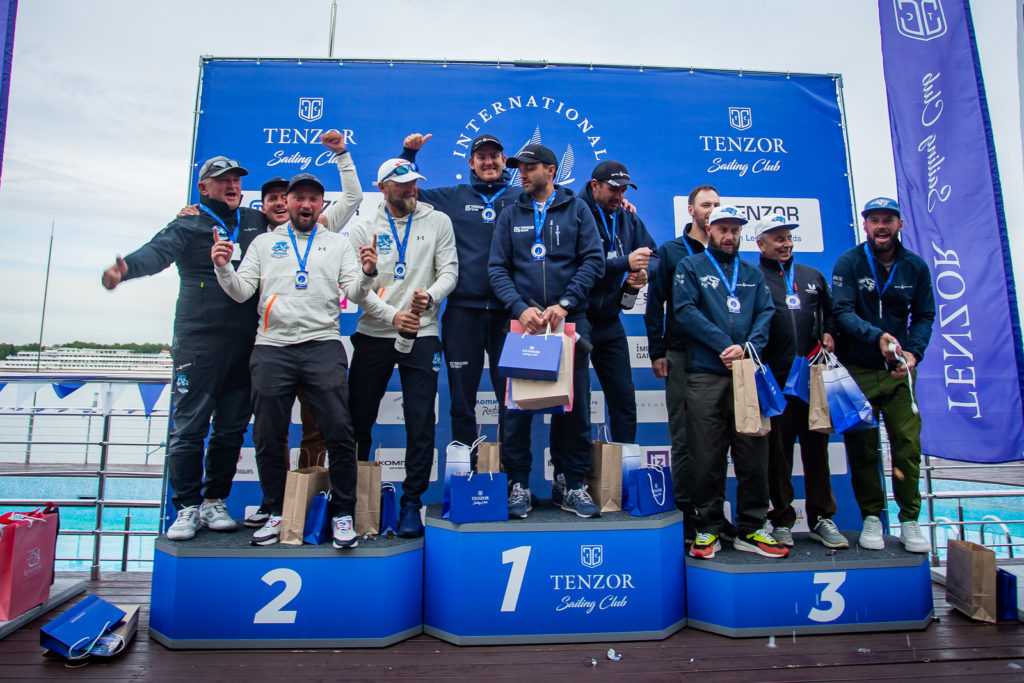 According to the results of the three Russian stages of the tournament, the winners and prize-winners were named, who distributed 1.2 million rubles of the prize fund of the regatta of the tournament. They were the teams “Russian Bogatyrs”, Tenzor Sport and ELF /Hubex.

The grand Final of the Tenzor International Cup 2022 will be held from November 3-6 in Baku, the capital of Azerbaijan, where the winner of the main Cup of the tournament will be determined.