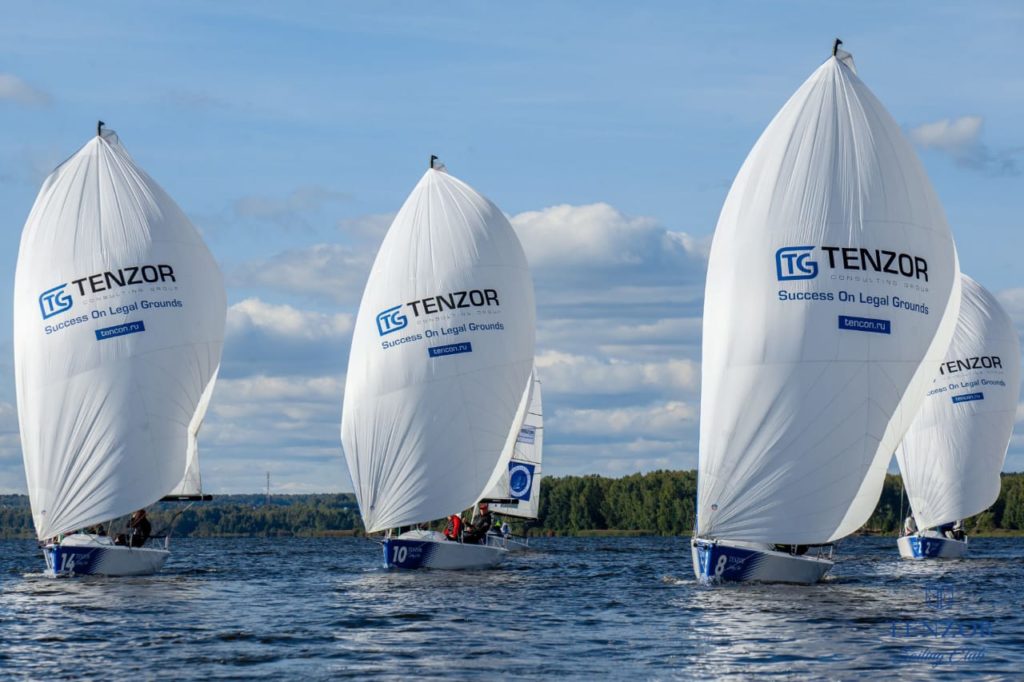 The results of the three stages Tenzor International Cup 2022 Series, which were held in Russia, determined their winners and prize-winners, and also added intrigue to the overall standings of the Series on the eve of the final stage – the grand final in Baku.

The standings underwent a number of changes after the third stage, for which teams received double points. As expected, the degree of struggle was at its maximum, teamwork and concentration became the main trump cards at this stage. The successful performances of several teams at once allowed them to be in the leadership group and declare their most serious intentions to fight in the finals of the Series.

So, Sergey Sobolev’s ELF /Hubex, which occupied the 8th place before the start of the third stage, was able to climb into the top-3, having worked brilliantly at the regatta. Based on experience and skill, the Tenzor Sport team led by Daniil Odintsov took the victory at the stage and rose to second place in the ranking. The rise of Konstantin Nosov’s NORD team from 11th to 4th place was a real sensation of the last third stage of the Tenzor International Cup 2022. The Azure Coast team of Evgeny Andrianov also excelled, making a great leap into the “top 10” from 16th to 8th place. The Skolkovo Sailing Team of Elena Mukhametzyanova became the record holder for its jump in the standings: plus 9 positions, and the crew is already on the 11th line of the rating!

Failures caught up with the recognized favorites of the series at the crucial third stage. The main disappointment was the 9th result of Zoran Paunovich’s ZID art Sailing Team, as a result of which the team lost the lead and is now on the 6th line of the overall standings. In the grand final of the series, the ZID art Sailing Team will not have a chance to make a mistake – only a victory will give a chance to be among the winners at the end of the tournament. Elizaveta Shestakova’s Eyed Mushrooms lost third place in the ranking, dropping to 4 positions at once, and now occupy only 7th place. Minus 5 positions for Russo Trans team led by Yuri Morozov resulted that the crew closes the “top 10” for now.

There were minor changes in the second part of the rating, preserving the overall chances for the teams RUS7, Two Axes, Gazprom Burenie, Skolkovo Sailing Team to compete for getting into the top ten according to the results of the entire Series.

OVERALL STANDINGS AFTER THREE STAGES OF THE SERIES

See you soon at the grand final of the Tenzor International Cup 2022!